Book is available in English and Croatian (30 EUR) info@arslanagic.com

I believe that this World Cup in Qatar fully justifies the title of my book –Handball Goalkeeper, the Most Important Element of Success 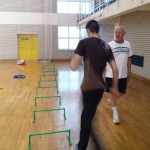 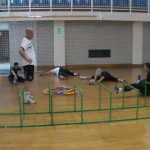 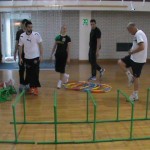 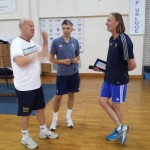 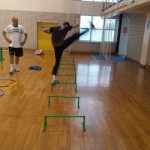 In Qatar we witnessed new world handball standings. The French were once again world champions; Qatar came in second to the great surprise of the WC; Poland in third with its grand comeback to the top in world handball.  Yet, along with these extraordinary achievements we must note the fact that the teams have never before been as dependent on the goalkeeper’s saves as they were at this World Cup. If we look at the sequence of championships, the best four teams also had the best goalkeepers of the tournament.

The French World Champion team was never as dependent on Omayera’s performance as they were in Doha, and I am not sure whether they would win the Championship had Titi – as the French affectionately call him – not defended so superbly, especially in the championship finale, where he was remarkable.

I attended many World and European Championships, but what Omayer demonstrated in the second half of the semi-final against Spain was sheer perfection, attractive and tactically calculated, technically rational and mature – good work, Titi.

Another goalie name of the Championship is Danijel Šarić, the most valuable player on Rivera’s team. His bad luck was that his opponent for first goalkeeper’s position at the WC was the great Thierry Omayer. He provided outstanding defence, especially in the semi-final match against Poland and in the finals against France.

Poland has invested extensively in handball lately, with their clubs yielding excellent results in European competitions. As confirmation, they took 3rd place in the revered world handball scene, and let us recall that way back in 1976 they won a bronze at the Olympic Games in Montreal. Since the time of the great Šimčák they haven’t had a goalkeeper as outstanding as Slawomir Szmal. A few years ago he was pronounced the world’s best player. Although already in his late thirties, Szmal, Omayer and Šarić substantiate the fact that goalies are like old wine – the older, the better.

The Spanish came in fourth and were left without a medal, but the display of their goal man, Peresa de Vargas, in the semi-finals against France as well as in the match for third place with Poland was a definite winner. He defends brilliantly at games of vital importance, and I am convinced that he belongs to the world’s best goalkeepers, in the special class.  Peres’ physique does not fall under the group of tall goalkeepers; however, he stands out quite well in a technical sense. He sets himself up perfectly, follows the game, and anticipates his opponents’ moves with ease.  He is steady, does not break down, and is in control of the situation at all times.